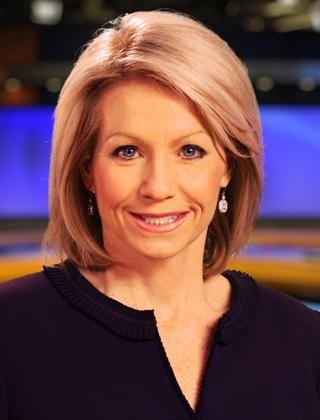 A third grade assignment to tell the story of someone else’s life was all it took to hook Ginny Ryan on reporting. At Cardinal Mooney High School and at Buffalo State College, she wrote for the school papers and worked at the campus radio and television stations, seeking any and every opportunity to “tell stories."

She got her first professional job at WENY-TV in Elmira, New York before graduating from college. She worked as a reporter and anchor before being hired by 13WHAM in 1987. It was the job she always wanted to do, where she wanted to do it, in her hometown.

Ginny has been the weekend reporter, morning, and noon anchors. Since 1991, she has anchored 13WHAM at 5 with Doug Emblidge and 13WHAM at 11 with Don Alhart. In 2012, she become anchor of 13WHAM at 10pm on Fox Rochester. In 2018, she and Doug Emblidge were inducted as a team into the New York State Broadcasting Hall of Fame.

She is an Athena Award nominee by the Women’s Council of Rochester and recipient of the Professional Achievement award from the Victor Chamber of Commerce.

Ginny has served on the boards of Visiting Nurse Service, Heritage Christian Services Foundation, CMAC, and Ronald McDonald House Charities of Rochester. She's honored to take part and emcee many community events throughout the year.

Ginny and her husband Jeff have two children, Jeffrey and Caroline.