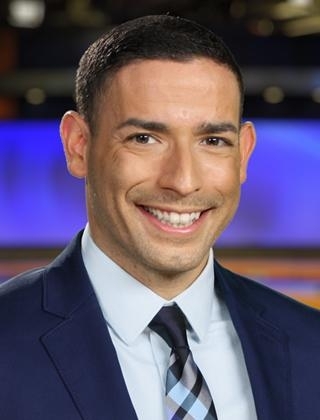 Matt Molloy is thrilled to be a part of the 13WHAM ABC and FOX Rochester team as Rochester's only dedicated digital reporter.

Matt returns to Rochester after two years in Florida where he took a break from television. Prior to that, Matt spent 7 years at WROC-TV first as a reporter then as anchor of News 8 First at 4. He created the show from the ground up and made a name for himself as the go to guy for trending topics and viral videos. It wasn't the first time Matt launched a brand new show. While at WETM-TV in Elmira he anchored and produced the UPN 30 News at 10. He got his start a bit further north though, working as a reporter for WWTI-TV in Watertown, NY.

A Connecticut native, Matt first got the bug for TV news as a teenager - working at his high school's TV station and reporting for the Hartford FOX affiliate's student news program. He went on to get a degree in broadcast journalism from Boston University.

In his spare time you can find Matt playing with his Boston Terrier Swarley or working out at the gym. He's also a CrossFit trainer and cycle instructor.